Do Women in Sales Lack Confidence?

Women in sales don’t have to think or act like men to become rainmakers; we have the natural-born skills and grit it takes to be top-tier sellers. We know how to build relationships. We are hardwired to be nurturers, connectors, and collaborators. So it’s no wonder that men say the best salespeople they know are women. And studies show that women in sales outperform their male counterparts in quota attainment, retention, and leadership effectiveness.

Yet, many saleswomen fail to climb the career ladder.

We could certainly make the case that gender discrimination is holding them back, and in many cases, it probably is. But often the greatest hurdles come from inside. The truth is that many would-be women leaders still lack the confidence to get their voices heard.

To Close the Gender Gap, We Must Address the Confidence Gap

What is it about confidence that’s causing trouble for women in sales?

To answer that question, check out this post in Forbes by Margie Warrell, entitled “For Women To Rise We Must Close ‘The Confidence Gap.’” She writes:

Four years ago I moved from the U.S. to Australia and began from ground zero building my business. Having spent the previous decade coaching female executives, I was curious to see how the cultural differences between countries played out for women in the workplace.

Since then numerous people have asked me about the differences business women face in Australia versus America. While it’s my observation that misogyny is more prevalent in Australia and there is a greater appetite for risk and tolerance of failure in the U.S., over all I’ve seen women wrestle with the same lack of confidence in both countries. In fact, wherever I’ve worked in the world, I’ve consistently that a fundamental lack of belief in our own value, worth and ability to achieve consistently tempers female ambition and holds women back.

Warrell goes on to share recent research about the “confidence gap” between men and women, and in which areas of the world it is more prevalent (the results might surprise you). She also quotes experts about how this gap affects women’s careers and leadership potential.

So, what can we do about this problem? Here’s Warrell’s take:

Solving the gender gap is a complex multi-faced issue requiring an equally multi-faceted approach.  However one piece of the puzzle requires emboldening women to back themselves more and doubt themselves less. Having wrestled with my own share of self-doubt, I know there is no quick fix or magic bullet for building self-confidence or permanently eradicating self-doubt in women. Yet after working with thousands of women across diverse professions and cultural background, I’ve learned that nothing builds confidence in any arena more than stepping right into the middle of it … palms sweating, stomach knotted, beside the guys … despite the chorus of doubts urging you to play it safe in the stands.

(Read the rest of Warrell’s article to learn more about the “confidence gap” and discover how we can begin to change the paradigm.)

The Takeaway for Women in Sales

Over the years, I’ve met and interviewed many top women in sales, and I’d bet money they would agree with Warrell. The best way for women to succeed in our profession—and any other—is to believe they have what it takes and then prove it.

Ultimately, successful sales organizations in the 21st century will facilitate teams that leverage the strengths of both men and women. Smart sales leaders want diverse teams who bring different skills, experiences, and perspectives to the table. Women are just plain naturals at selling. We know that. Now it’s time to tap into our innate strengths, build confidence, and get out of our own way.

Ready to help the women on your sales team understand the value of seeking out advice from mentors, stepping out of their comfort zones, and getting their voices heard? Learn more about my dynamic, interactive presentation—“Big Deals and High Heels: Why Women Are Naturals at Selling.” 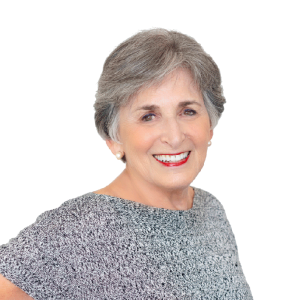